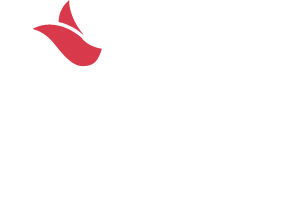 By Katherine Swift, Trustee and Founder of The Healthy Life Foundation

The last couple of weeks have been tough. Many of you may already be familiar with my personal story and how my mum’s breast cancer motivated me to start OMGTea, but you probably aren’t aware of the role one man in particular, played in getting me on this path.

When my mum was diagnosed with stage 3 breast cancer, I worked in events and one of the events I project managed was The Northwest Football Awards. On the day mum had her mastectomy I was literally all over the place worrying about how the operation was going and how she would be following on from it. My husband Jason suggested I try to focus on work to take my mind off what was happening, and it was Maurice Watkins the Chair of the Judging Panel for the awards that I decided to call to discuss the upcoming judging day. At that time Maurice was also the Chairman of a £20 million appeal for the New Children’s Hospital in Manchester and we had historically fund-raised for this appeal at the awards. When we got onto the subject of fundraising, I asked Maurice if he still wanted to raise for the Children’s Hospital and it was then he told me that he had just been appointed the Chairman of a £5 million appeal for Breakthrough Breast Cancer (now known as Breast Cancer Now) and he would like them to be the benefactor. Goosebumps! I told Maurice where mum was that day, we raised for Breakthrough that year and I was then actually appointed as the £5 Million Breast Cancer Appeal Project Manager.

The Appeal was set up to fund ground-breaking scientific/medical research and was what is referred to as a Major Donor Appeal so rather than tin shaking in town centres etc we were identifying high net worth individuals who might be interested in supporting the research and taking them on tours of the research unit to meet the scientists and see the research in action. The Research Director was Professor Michael Lisanti who had a keen interest in the role natural compounds could play in the treatment and prevention of cancer. This is where I was exposed, on a regular basis, to this inspirational research, it’s where I found out about the potential health benefits of antioxidants in our diets and that in turn led me to matcha. The relationships I developed with Michael and his team led me to setting up my charity The Healthy Life Foundation of which Maurice was a Trustee. If it wasn’t for Maurice none of this would have been possible.

Maurice was a truly extraordinary man and to list his many achievements would genuinely take too long. As well as a dazzling career in sports law, he has left so many legacies, with the ones that were dear to his heart including; Chairman of Royal Manchester Children’s Hospital Charity for which he was instrumental in raising nearly £70 million; Chairman of Governors at Manchester Grammar School; Chairman of British Swimming (he was delighted by the incredible success of the GB Swimming Team at the Tokyo Olympics).

We also found out on the day of Maurice’s funeral that he would have been Knighted in the Queen’s New Years Honours List 2022 but sadly they don’t hand out these honours posthumously. No-one could have been more worthy.

I feel so fortunate to have known Maurice, he was an extraordinary person and someone I looked up to immensely. He has been a true inspiration to me, which is why I wanted to write this tribute.

This Sunday (12th September) I will be participating in The Brighton Marathon Weekend 10K and I will be running in memory of Maurice, fundraising for the Healthy Life Foundation of which Maurice was a Trustee.

The Healthy Life Foundation is a charity that funds research into age related diseases. Today, we are living longer than ever before, but for many of us that extended life will be spent fighting diseases and living with pain and suffering. Ageing is the biggest risk factor for the major diseases facing society today, including cancer, heart disease, stroke, and dementia. To help us to enjoy our longer lives, we need to tackle age-related diseases. The charity has already raised £500k and been involved in two key pieces of research which have the potential to improve global health.

If you would like to sponsor me in my run to commemorate Maurice, which will help fund more ground-breaking research into ageing, please go to: